My area of expertise comes from early. Some of my favourite games from all times, like Kingdom Hearts or Super Smash Bros got me started on the aspects that make a game feel good and enjoyable. I started making games very early while studying and then developed my career on this field with teachers who shared this passion with me. Teachers from the acclaimed studios Mercury Steam (authors of the latest Castlevania titles) and Pyro Studios (who made Commandos) really transmitted their passion for high quality experiences through their lessons and invaluable insights, and that got me started!

After that, I immediately started working on a multiplayer battle racing game, Wincars Racer (Steam). Intended for competitive audiences, this game involved the design of multiple characters, skills, and was closely tied to level design in order to create great experiences. 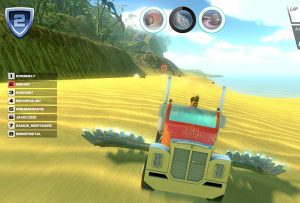 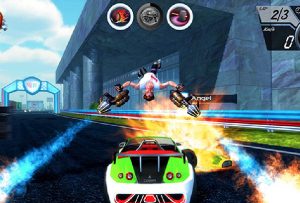 Games need content, because that’s what players will play with. The content must be coherent with the setting of the game, but also should have purpose in itself. Characters, quests, skills and/or puzzles are responsibility of the designer, who must craft and balance them carefully. I have designed a lot of content for my titles with great impact.

Characters are very important. They conduct the story, put face to the game, and we remember and empathize with them. Every aspect of them must be created carefully.

To create a great game, a great emphasis has to be put in the game feel of the characters and this echoes through the level design. It’s not only the artistic and aesthetic considerations, it’s also about the controls, the feedback to the player, the responsiveness, the camera, and others.

Are the animations too sluggish for the type of game we are making? Are the colliders very rough for the precise-platforming experience we are trying to make? These kind of questions are the responsibilities of the Game Designer! And he must know how to detect them and communicate to the team in order to find solutions.

Skills are a broad concept and usually refers to some of the “actions” that characters can do in a game that may be unique to them and help them explore the gameplay dimensions in specific ways. They serve to add variety and a layer of strategy that is widely popular. In competitive games, they are specially important – the unique aspects of a character serve establish identity and gameplay style, and this is a huge part of the appeal of the game.

Creating several skills and balancing them in a coherent whole is also a good part of a designer’s job.

Items and quests, two basics of many games, do move both the gameplay and the narrative forward. They should be made both interesting to play and feasible for the team to make. Items usually play a part on the game by expanding, improving or changing the player’s experience. They are also an object of desire, and as such, must be appropriately  laid out in the level or whatever other mechanisms the game uses for them. Although every game makes use of this element in a different way, all of them tend to share common principles of desirability, usefulness and usability that need to be taken care of.

Quests and matches are two popular mechanisms of moving the game forward and creating the pieces of the game loop that will make play sessions interesting and rewarding, and definitely define the experience of the game and how it’s perceived. An eSport, for example, has some specific conventions and players expect them – this is where familiarity with the medium proves invaluable!

Game Engines are tools that many game studios use for the huge task that is to make a game. Familiarity with the engine used (I have experience in Unity3D and Unreal Engine), the level editor, and good prototyping skills are essential for a Game Designer. It is also very important to understand the workflow of these game engines to be able to communicate effectively with other departments.

With a Computer Sciences background, I am proficient in the tech side of Game Design. I am familiar with several of the paradigms used in game development coding, and easily adapt to any internal tools or scripting languages. As familiarity with game engines, apart from custom engines I have worked extensively with Unity, Unreal Engine 4 and Game Maker.

Advanced level in scripting and programming. I have a deep knowledge of C# for Unity, and also have experience Unreal Engine 4’s Blueprints and several others internal custom tools studios I have used in the past.

I am proficient in creating quick prototypes of the ideas in order to try and iterate through them quickly and efficiently. From clay levels (the foundations of level design) to skills, and other systems, I tend to be very proactive in not only proposing ideas but actually building them with the currently existing tools and assets and demonstrate them. Deeds, not words!

Game Design is sometimes about decisions, and how the combination of game mechanics make a fun experience. User Experience, in-game economies, monetisation analysis of KPI’s used and player feedback. It is also very important to know how they affect the game and envision solutions in the best possible way for the team and the players alike.

I am or have worked in proyects like RACE KINGS (AAA Multiplayer Mobile Racing), HOT WHEELS: RACE OFF (F2P Racing mobile multiplayer), THAT’S YOU! (PS4 Party Game), WINCARS RACER  (Racing MOBA for PC). In all of these projects, I have been involved in development for Mobile, PC and consoles, with great experience in Free To Play, where I learned a lot about monetization and game design oriented to this format. Also, I have written several Game Design Documents and used many other tools to deliver this game vision to the team. Communication, after all, is a task that a designer must excel at.

The iterative process is a highly organical one where the best experience is delivered through cycles of feedback, testing and improvements are done in time and within budget.

Usually a critical part of many games, measures must be taken to ensure the right experiences and the desired engagement is achieved. Also, it is important to look for problems early on in monetisation models, discussion on KPI’s, etc.

Analysis of how elements interact between them in order to deliver the best experience and the overall economy of the game.